The first open-source, decentralized, blockchain-based prediction market is a service called Augur.  It is also possibly still one of the most notable applications built on Ethereum.

During Bitcoin Wednesday on 2 August 2017, Augur’s product manager, Tom Kysar will give a presentation on prediction markets from his own perspective.  Now that several other projects are using the prediction market concept — Gnosis, Hivemind, Wings, and Stox, just to name a few — Tom will explain the relative similarities and differences.  He will also give a brief demo and product overview and talk about Augur’s roadmap, challenges, and various lessons learned.

Tom Kysar is an internet marketer and developer who currently serves as the product manager for Augur.  In 2014 he dropped out of university and moved to San Francisco to work on cryptocurrency full time.  As head of marketing for Koinify, Tom helped raise about $800,000 for GetGems and $580,000 for Factom during their respective crowd sales. He became Director of Growth for Tierion, where he helped build an engine for verifying data on the Bitcoin blockchain. 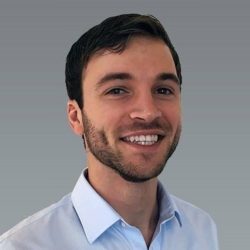