For Bitcoin Wednesday’s 5-Year anniversary on 4-5 July, we’ll hold a premiere screening of Tomer Kantor’s latest short documentary, Comparative Advantage, followed by an open discussion with the director.  Comparative Advantage explores the growing acceptance of digital money in Kenyan society as seen through the eyes of the country’s first post-Colonial, pro-democracy generation.  It covers the people’s attitudes toward banks, which have excluded large segments of the population, and have allowed new types of digital money like Bitcoin to thrive.  It juxtaposes these modern developments with the centuries-old “table banking” phenomenon, social saving circles, and takes us right to the present day in which the latest blockchain-based solutions are being introduced.

The 17-minute film captures the entrepreneurial spirit of Millenials living in Nairobi, where sending and receiving digital money with their phones is as natural as texting their friends.  It also takes a close look at how the use of cryptocurrencies and mobile devices can enhance the country’s informal economy, the Biashara, and stimulate trade and partnership between global communities.

Tomer Kantor is the founder of Proof of Work Media, a digital agency now in its fifth year. As one of the founders of Coinscrum, the longest running crypto meetup in London, Tomer has been at the epicenter of the London cryptocurrency community for many years.  Tomer’s first film, the full-length Ulterior States was screened at Bitcoin Wednesday for the Bitcoin Film Festival in 2015, and his Bitcoin in Kenya was shown during the Bitcoin Film Festival in 2014. 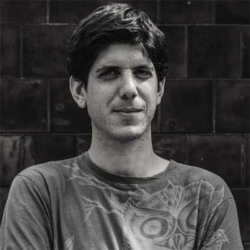