Since its launch in March 2018, the Lightning Network has emerged as one of the most promising solutions to the problem of scaling Bitcoin transactions, leading to a future in which distributed payments are a part of day-to-day life. Our observations of the network indicate that there are a number of technical, social, and user-experience bottlenecks to mainstream adoption of the Lightning Network as consumer payment rails. In this talk for Bitcoin Wednesday’s 5-Year Anniversary Edition, Viacheslav Zhygulin, and his colleague, Yuriy Blokhin, from Bitfury will present the data, analysis, and a set of proposed solutions to these problems.

Viacheslav is product owner for Lightning Peach, which is Bitfury’s Lightning Network solution.  He has a Master’s degree in Applied Mathematics and 5 years experience in IT.  He created a routing algorithm called Flare, for Lightning Network payments, and strongly believes that the Lightning protocol will disrupt payment systems. 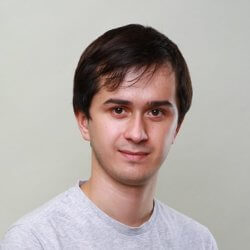