Home » Speakers » Will Ruddick, Founder and Director of Grassroots Economics

Will Ruddick, Founder and Director of Grassroots Economics

In the time of covid-19 when quarantine and isolation is the call of the hour, how do we develop and connect local economies for greater good? During Bitcoin Wednesday on 1 April 2020, Will Ruddick, the founder and director of Grassroots Economics, will present his experiences in community inclusion currency and the development of local economies in the face of the C19 pandemic.

Will has developed three community currency programs in Kenya since 2010.  He is the founder of the award-winning Bangla-Pesa program and the recently launched Gatina-Pesa in Nairobi. He previously served as Bancor’s Director of Community Currencies, where he applied blockchain tech to local situations.

Will’s presentation will include examples of community currency, his successful experiment with Eco-Pesa, later on, the Bangla-Pesa, and the Sarafu-Credit system. He will not only talk about community currency success stories in Kenya, but also from elsewhere around the world.  He will explain the concept of bonding curves and community currencies with collateral backing.

Will is a development economist focusing on currency innovation. He is the founder and director of Grassroots Economics, a non-profit foundation that seeks to empower marginalized communities to take charge of their own livelihoods and economic futures.  After completing graduate school researching high energy physics as a collaboration member at the Stanford Linear Accelerator Center, Will found his passion in alternative economics and development work which brought him to Kenya. Since 2008 Will has lived in East Africa and managed several successful development programs in environmental protection, food security and economic development. He is dedicated to connecting communities to their local resources and is an advocate for, and designer of, currencies for poverty eradication and sustainable development.  Will consults on community currencies worldwide and conducts research with the University of Cape Town’s Environmental Economics Policy Research Unit. He is also an associate scholar with the University of Cumbria’s Institute for Leadership and Sustainability. 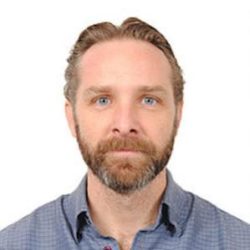