Home » Opinion » The Fork in the Road

The Fork in the Road 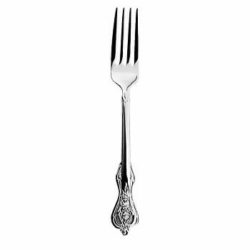 As American baseball legend Yogi Berra would say, “When you come to the fork in the road, take it!”  Unfortunately, when it comes to recent Bitcoin forks, a large number of users may not be given this choice.  Many service providers in the sector have not been sufficiently clear about whether and how the forks will be supported.  That’s harmful for the sector.  In the case of the proposed SegWit2x (B2X) fork it may even be potentially dangerous, causing users to lose tokens due to replay attacks.

Clearly, that’s a violation of the governance model of blockchain-based permissionless networks: the network is ultimately managed or owned by the people who use them rather than by governments or private companies. Especially if a user disagrees with a particular fork.  In that case he or she should always have the opportunity to — easily — vote for or against it by buying, holding or selling the relevant tokens.  Although SegWit2X might be seen as an attempt to improve Bitcoin by increasing its capacity for processing transactions, its cost to the industry and seeming disregard for user safety amounts to potential destruction of value on a very large scale.

Here, arguably, could be a constructive role for regulators to play by preventing repeats of the dangerous situations that existed in previous forks, where many users were disenfranchised of their rights to buy, hold or sell. In many cases users have been and will continue to be cheated out of their coins, thefts potentially worth very large sums of money.  Yogi Berra had an appropriate aphorism for this situation too, “It’s deja vu all over again.”

For all the uproar that regulators have made about crowd sales harming consumers by being in potential violation of securities laws, they have been relatively quiet on the subject of forks.  Here there should be much less of a debate.  Consumers are obviously being harmed, a majority of people see it, and the industry itself is doing little or nothing itself to prevent it.  That’s a big deal.  While approximately $3 billion dollars have been raised in crowd sales in 2017 so far — that number could be completely eclipsed by the economic damage a fork like SegWit2x might cause. By comparison, Bitcoin itself represents a market cap of $100 billion, and the Bitcoin Cash fork launched on 1 August 2017 is currently worth almost $8 billion.