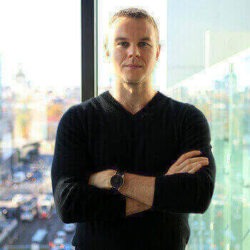 Paxful CEO Ray Youssef, and his colleague, Artur Schaback, COO and co-founder, present their company and talk about peer-to-peer finance. They also talk about the conditions that make the peer-to-peer revolution in finance possible. They claim that Bitcoin in particular and peer-to-peer technology, in general, is about the people who use it, and that is what makes cryptocurrencies so different.

According to Ray Youssef, Paxful is just like Uber for money.  He believes that people are the drivers who power the network. It is the human layer on top of the Bitcoin blockchain that becomes the second layer, which he thinks is a miracle just as big as Bitcoin itself.

In this presentation Ray and Artur reveal the seven critical use cases for Bitcoin and peer-to-peer technology, which are as follows:

Read more about Artur Schaback and take a look at the rest of that day’s conference program here.