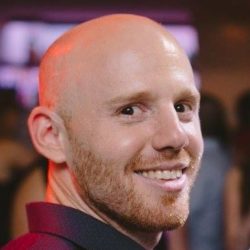 IBM’s Blockchain Practice Leader for Banking and Insurance in The Netherlands, Frans Kempen spoke to Ran Reichman, the founder of decentralized news publishing and distribution platform ‘Snip’, in an interview at Bitcoin Wednesday on 6 September 2017.  Later that evening, Ran gave a first look at Snip and demonstrated the role of Snip tokens in it.

During the interview, he explained why he decided to decentralize Snip using blockchain technology.  When asked about the purpose of his solution, this is what Ran said:

“Today, the news industry is quite fragmented with various websites and platforms that partly serve inaccurate information in the form of spam, clickbait articles or simply content that is too long and difficult to parse. Our writers at Snip collect everything that is being told about a specific topic online and condense it into a very short story, where the goal is to respond to the user’s curiosity about that particular topic”.