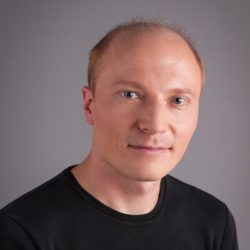 Before his appearance at Bitcoin Wednesday on 6 December 2017, Byteball founder Tony Churyumoff gave an exclusive interview about his cryptocurrency platform, which uses a DAG-based consensus algorithm.

Speaking to Justin Bons, the co-founder of Cyber Capital, Tony discussed the algorithm, how his platform differs from the few other cryptocurrencies that use DAG algorithms, and how Byteball solves the issue of double spending.

“The only similarity between IOTA and Byteball is that they both use [the] DAG system. Other than that, unlike IOTA, you can make conditional payments, issue new tokens, run ICOs on top of the platform, and even [make] confidential and private transactions in Byteball

There are cryptocurrencies such as Peercoin and IOTA with only one checkpoint in authority, which is run by developers. In Byteball we have a DAG system where order of transactions is established by looking at the transactions posted by a number of trusted users that we call witnesses, which act like checkpoint in authorities. Once we [know the] order of transactions, we can resolve double spends which is the major problem of every consensus algorithm”.

0:44 How is Byteball different from IOTA, which also uses the DAG system?

11:33 What advantages Byteball have over other blockchain-based systems?

18:20 Why did you decide to use an AirDrop to handle distribution rather than doing an ICO?

23:00 Whom do you see as a Byteball user and why do you think they would prefer it to other cryptocurrencies?