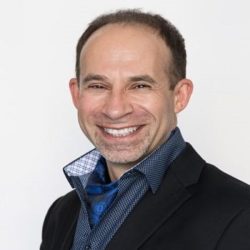 During Bitcoin Wednesday’s CoinFest edition held on 4 April 2018, founding partner of the $60 million TMT CryptoFund Igor Shoifot explained how his venture fund works as well as how its economy is structured.  Later in the presentation he also shared more of his investment secrets in an interactive session with the audience.

There are some great blockchain technologists in the decentralized space. But just because it is a great technology, doesn’t mean it is a great business. So an important function of a venture capitalist is to try to help companies and startups become successful businesses. So what we are trying to do is to put together a fund that will invest two to three million dollars in a blockchain-based startup even before its pre ICO to help it kickoff a successful ICO.

Igor made a previous appearance during the CoinFest edition of Bitcoin Wednesday on 7 March 2018, where he shared some crypto investment tips and tricks.