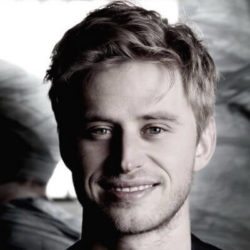 During the Bitcoin Wednesday on 1 March 2017, COO of Tendermint, Brian Fabian Crain introduced the Cosmos project – a decentralized network of blockchains that allows interoperability between blockchains with the help of Inter-Blockchain Communication Protocol.

Cosmos is a decentralized network of blockchains that has three major components: Hub, Traditional Blockchains and PEG Zones. It eliminates the need for an intermediary to carry out transactions or operate within multiple blockchains.

Cosmos is going to be a network of blockchains. So, in Cosmos, we have three classes of blockchain. First, the traditional blockchains like Bitcoin and Ethereum that have their own governance. Second, what we call Cosmos Zones, which are essentially blockchains that function with a consensus algorithm like Tendermint or something similar. The third are [the] PEG Zones that establish connectivity and speed between the former two. So the idea of our solution is that you can take an asset in Bitcoin and move it over to Ethereum, so that you could pay for Smart Contracts with Bitcoin, in a secure environment.