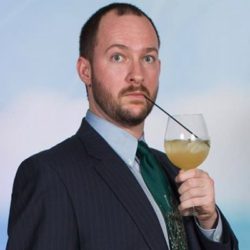 According to Jameson Lopp, former software engineer at BitGo who joined software developer Casa in 2018, really understanding Bitcoin might be impossible. During Bitcoin Wednesday’s 4 year anniversary on 5 July 2017, he explained exactly why it is such a daunting task.

In this presentation he explains how, despite its complex nature, Bitcoin gained enough attention to reach a $100 billion dollar market cap in such a short time frame, making it one of the world’s most valuable assets.