Casey Kuhlman is the co-founder and CEO of Eris Industries, a team of specialists who are building a platform for smart contracts and the legal applications of blockchain technology.

Casey is passionate about bringing distributed technology into mainstream usage for commercial and governance applications. Prior to co-founding Eris, Casey was the head of legal information systems at the US Open Data Institute. A lawyer and international development practitioner by training, he has worked extensively in the Horn of Africa.  There he co-founded the first law firm in Somaliland where he was the managing partner for more than four years.  Casey was also an infantry officer in the Marines in Iraq and wrote about some of his experiences in a book that appeared on the NY Times bestsellers list.  Casey is also an avid participant in open source software development.

At Bitcoin Wednesday on 5 August 2015, Casey will talk through the various components of how a typical blockchain application is structured and will show us how he solves real world business problems with smart contract and blockchain technology. 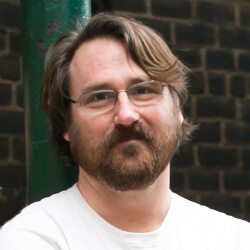