Krijn Soeteman, Science and Tech Journalist at the Dutch Association of Science

Krijn Soeteman is a science and tech journalist living in Amsterdam and a frequent contributor to Bitcoin Wednesday. He studied architectural and urban history in Groningen and has always been interested in cutting edge technology. Part of his job is to stay informed about the latest scientific and technological insights, and he considers the recent developments surrounding blockchains to be unmissable.

His first encounter with Bitcoin was in 2012, but he didn’t do much with it until he got involved in Bitcoin Wednesday in early 2015. Since then he’s become more or less the resident expert on blockchain-related topics with one of the media outlets he works for, Tweakers.net.

When Krijn isn’t working or contributing to Bitcoin Wednesday and the Dutch Association of Science Journalists, he likes to veer outside for fresh air. That may be by bike or boat or just on foot. He also plays the violin and likes classic novels as well as certain types of modern literature but also great television series, like the recent Battlestar Galactica. 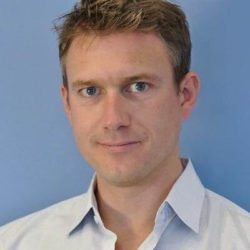