Pro. Jan Bergstra, Director at The University of Amsterdam

Professor Jan Bergstra is director of the Informatics Institute of the Faculty of Science at The University of Amsterdam. He has published various works which reference Nakamoto’s famous white paper of 2008, including several academic studies of Bitcoin. Some of his research in particular examines possible technical classifications for this digital currency and specifically refers to the difficulty of determining whether or not Bitcoin is actually money.

This same question is raised in a heated ongoing discussion within the Dutch Bitcoin community:

At Bitcoin Wednesday #23 on 6 May 2015, Dr. Bergstra will present some of his academic work on the subject in a presentation entitled “Bitcoin and A Classification of Informational Monies.” He will talk about the conditions under which Bitcoin could — technically — qualify for “moneyness” or develop into money through acceptance, circulation, and use, and the difficulties of determining whether or not Bitcoin’s acquiring legal tender status would actually be a step forward in its evolution.

The following is Professor Bergstra’s abstract for the talk he will give for Bitcoin Wednesday on 6 May 2015:

Bitcoin and A Classification of Informational Monies

Part of Professor Bergstra’s talk will be based on his study Architectural Adequacy and Evolutionary Adequacy as Characteristics of a Candidate Informational Money published on 28 April, 2015. 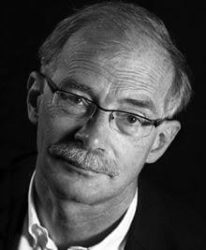