During Bitcoin Wednesday on 1 August, 2018, Virgilio Lizardo, Jr. will talk about the digital currency sector in China.  He is currently Vice President of International Affairs at Gate Technology, the parent company of top-20 cryptocurrency exchange Gate.io.  Established in 2013, the service has 2 million users and a daily trading volume of 300 to 700 million USD per day.

On 1 June, 2016, Bitcoin Wednesday hosted Virgilio Lizardo Jr. for an earlier presentation on digital currency in China and contained a wealth of information.  His talk covered:

Approximately 70% of the world’s bitcoins are currently mined in China.  On 4 May, 2016 the BBC released this unusual video coverage of one of Bitbank’s secret Bitcoin mines which generated $8 million of bitcoins per year.  Located in a small mountain village the mine is at such a high elevation that you have to bring your own cans of oxygen.

One person in the video identified what may be one of the greatest challenges of broader acceptance, understanding.  “When [people finally] do understand,” he says, “it’s too late to catch up.”  Later in the interview he explains that the Chinese government has already taken serious interest in the blockchain technology, and if it decides to use it, it “could become China’s future currency.”

Virgilio is responsible for the strategy and implementation of Gate Technology’s international business.  Due to his experience with the mining industry in China, he is also involved in the ASIC chip industry as a consultant for China-based chip design firms.  He is a Dominican who was born in Panama and grew up in the United States, near Boston.  He has lived in China for a decade and speaks conversational Chinese.  He is currently based in Shenzhen, a metropolitan area of more than 18 million inhabitants that is one of China’s major economic centers for technology manufacturing.

Before joining Gate Technology, he delivered corporate trainings for more than 100 companies in South China which helped him develop a deep understanding of Chinese management and corporate culture.  From 2015 to 2017 he served as Vice President of International Affairs at Bitbank Group, a holding company that at the time included the 4th largest exchange in the industry, and the 2nd largest manufacturer of mining equipment in China.

A believer in cryptocurrency since 2013, Virgilio has completed the Introduction to Digital Currency course offered by the University of Nicosia, and is a certified Bitcoin professional through the Cryptocurrency Certification Consortium.  In his spare time he is a film buff.  He recommends The Big Short, Inside Job and Bitcoin: The End of Money As We Know It to anyone interested in digital currency. 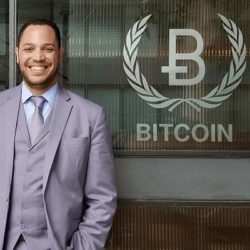