For all of the advantages offered by Blockchain technology, one of the user’s greatest concerns is to prevent sensitive data (i.e. a user’s private key) from being lost or compromised.  During Bitcoin Wednesday on 7 September 2016, Henk Schepers will explain how this data can still be secured even while it is in use.

While many solutions now exist to secure communication (data in transit) and storage (data at rest), Henk and his team at Philips have been developing ways to protect sensitive data while it is actually being used. Two challenges in securing data while it is in use are one, to assume that none of the hardware components are secure, so that the solution must be platform independent, and two, to accept that the platform has already been compromised before the application’s first use.

The Private Arithmetic solution protects data in use by giving each software instance its own private and secret number system. The software then uses this secret number system for all calculations performed on sensitive data. An example would be preventing the exposure of a consumer’s private key when digitally signing a contract in the Cegeka app. As such, Private Arithmetic hardens the fundaments upon which security systems are built.

Henk Schepers works for Philips Security Technologies. He has a background in mathematics and compiler back-end construction, and has held a number of business development roles bringing novel technology to the market.

You can read more background here about security, identity, trust and the blockchain. 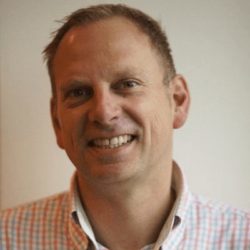