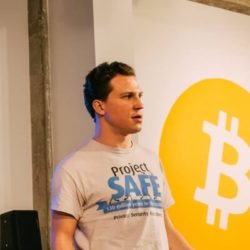 Daniel Dabek is a software developer from New York and co-founder of the Safe Exchange, a decentralized marketplace for digital assets and physical goods.  At Bitcoin Wednesday on 7 August, 2019 he will present the Safex protocol for decentralized commerce — a solution for a resilient, serverless marketplace that cannot be compromised through hacking and which is resistant to government surveillance.  He will also discuss what he thinks the most dynamic marketplaces will likely look like in the near future.  He previously spoke at Bitcoin Wednesday on 4 May 2016 on the subject of marketplace anonymity and preventing third party interventions that risk undermining regular trade activity.

The Safex team has been working on building a permissive marketplace using blockchain technology and cryptocurrency since 2016.  Today this application is in testnet.  In September 2018 the team launched the Safex blockchain and began proof of work mining Safex cash, a currency fairly emitted via an innovative algorithm. This year Safex is releasing version 1 of its marketplace: a place where anyone from anywhere can buy and sell goods and services with cryptocurrency as the medium of exchange.  Daniel write, “Our mission is to establish a global marketplace that can potentially bring unity the world.”

Daniel dropped out of college at Fordham University in New York City after only 6 weeks.  Instead he went straight to work for a Wall Street trading company where he became acquainted with electronic trading markets and business strategies. His passion for software engineering emerged when he decided that manually trading electronic markets was not ideal, and began to consult for U.S.-based hedge funds.  His work involves scientific computing, natural language processing, peer-to-peer networking, distributed price analysis modeling, and prediction algorithm optimization.  He has produced several trading execution algorithms and price following systems that are still in use today.

Daniel’s professional interest in cryptography led him to Bitcoin, and subsequently, MaidSafe and its SAFE Network. Seeing the ramifications for the world, he turned his attention to the development of the Safex, a decentralized asset exchange that affords privacy, security, and freedom to its participants.  Safex is a protocol built onto the Safex blockchain that allows anyone to buy and sell goods and services without restrictions since it is a decentralized application. 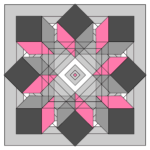 Cryptocurrency pioneer Daniel Dabek is co-founder of Safex, a decentralized marketplace for digital assets and physical goods built on the Safex blockchain. He previously worked for a Wall Street trading company and several U.S.-based hedge funds.