Bisq core developer Eyal Ron will present Bisq’s new DAO at Bitcoin Wednesday on 6 February 2019.  Bisq, formerly known as Bitsquare, is one of the world’s first peer-to-peer Bitcoin-to-Fiat decentralized exchanges.  It is an open source community project that was established in 2014.  It operates without a centralized authority or single point of failure, is peer-to-peer and does not hold any bitcoins or national currency.

Unlike traditional exchanges with human managers and bank accounts, the decentralized versions are built entirely from computer code.  Their functions are triggered automatically so they cannot be controlled by a single entity, and therefore, in theory at least, would be more difficult to regulate.  There seemed, however, to be no obstacle in the fall of 2018 when the American Security and Exchange Commission targetted the creator of EtherDelta, and fined him $400,000 for the unregistered “securities exchange”.  As governments around the world seek to limit the use of cryptocurrency through stronger regulations, advancement of these technologies has only accelerated.  For example, as part of Bisq’s “decentralize everything” approach, the organization that develops Bisq is in the process of transforming itself into a DAO, a second-layer solution on top of the Bitcoin blockchain.  The creation of the Bisq DAO (decentralized autonomous organization) enables, among other features, payment to Bisq contributors, appointment of roles in the Bisq organization, and adjustment of parameters in the trading protocol.

In his talk at Bitcoin Wednesday, Eyal will address lessons learned from recent experiences and ongoing advancement in technology that might allow decentralized exchanges to continue to operate legally in many jurisdictions.  He will discuss Bisq as a project in general and then elaborate on the Bisq DAO, which is currently running in a test environment, and scheduled for mainnet deployment later in 2019.

Eyal Ron earned a PhD in mathematics from the Free University of Berlin and has been active in “applied cryptography” for many years.  He actively contributes to the open source community, including Bisq, and belongs to the team designing the Bisq DAO.  He is also the author of two specifications about blockchain technology for the German Institute of Standardization (DIN) and serves as a blockchain advisor for several startups. 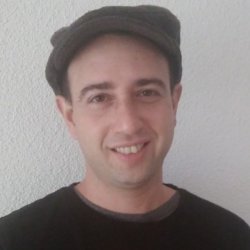