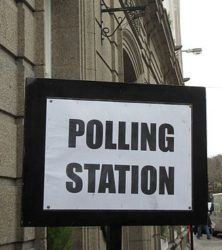 Alt-coins are considered to be any cryptocurrency other than Bitcoin.

These results are somewhat surprising considering:

The philosophy of Bitcoin maximalism was defined by Ethereum Co-Founder Vitalik Buterin as “The idea that an environment of multiple competing cryptocurrencies is undesirable… that building something on Bitcoin is the only correct way to do things and that doing anything else is unethical.”  Apparently an overwhelming majority of our audience disagrees with the maximalist’s standpoint.  Their cryptocurrency holdings also stand in stark contrast to the presentation given later that evening by one of the most outspoken Bitcoin maximalists, Tone Vays.  In his view, all alt-coins are scams.

Bitcoin Wednesday offers its independent platform to all points of view, and its programming is not curated.  If anyone believes a particular perspective has not been adequately represented, they are invited to volunteer suggestions or even to get involved in the programming.  If you have any thoughts or comments about the poll or what it implies about Bitcoin maximalism, you are welcome to leave them in the comments below.