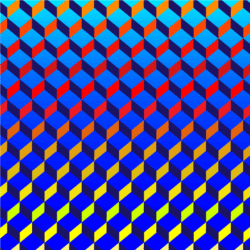 Since we published this blog post on the family feud between Bitcoiners, altcoiners and blockchainers, there’s a growing movement among the majority, who are able to disagree in a collegiate way and then, finally, when the differences are aired, to put them aside, find one another again and share a drink at the bar.

This idea is what Bitcoin Wednesday represents. We support the idea that the greatest creativity is often born from conflicting visions. We believe that this tolerance is exactly what this industry needs to embrace as it grows and transforms the world.  To the extent we’re able to succeed or fail, either individually or as a group, we will do it because we avoided attempts at the fringes to polarize, divide and conquer.  As anyone who has been involved in cryptocurrencies since the early days can tell you, “vires in numeris”, Latin for “strength in numbers”, was the ethos that helped launch this industry.  Realistically, it’s not possible to unite and not be tolerant at the same time.

“Your assumptions are your windows on the world. Scrub them off every once in a while, or the light won’t come in.”

Please bring friends, family and colleagues, and join us for the 63rd edition of Bitcoin Wednesday on 5 September, 2018.  You can RSVP here.