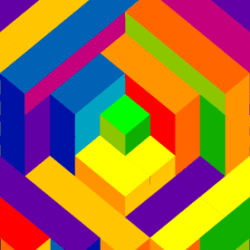 Goldman Sachs, one of the world’s largest investment banks, stated in a report on 19 November, 2018 that “Cash will represent a competitive asset class to stocks for the first time in many years.”  What may only be partially factored into the Goldman report is the Trump tax cut, according to The Washington Post projected to propel the U.S. government’s budget deficit to $981 billion dollars in 2019.  Soaring deficits would give the U.S. government less fiscal latitude to react if the economy falls into a recession.

During Bitcoin Wednesday on 5 September, 2018, financial journalist Arno Wellens explained that the European financial system was already on the brink of a crisis.  In the weeks following Wellens’ presentation and immediately preceding the Goldman Sachs report, stock prices on the S&P 500 and NASDAQ, especially in the tech sector, have declined sharply.  With increasing uncertainty about trade, rising interest rates and a very pessimistic outlook for equities in 2019, the Goldman report recommended investing in shares of utility companies, tech stocks and stable businesses with recurring revenue.  It also suggested that investors play it safe and “lift cash allocations”.  However, if the U.S. budget deficit continues to rise, holding government-backed money can only be a short-term solution at best.

What about cryptocurrencies?  Could they be a safe haven in the next crisis?  The negative market sentiment coincides with a steep decline in cryptocurrency prices, and suggests a correlation between NASDAQ and Bitcoin that can be traced back for several years.  Current cryptocurrency prices are the lowest since September 2017 which could signal an opportunity for long-term value investors.

While Goldman’s report did not single out cryptocurrency, two areas that were recommended, technology and utilities, are closely related.  Bitcoin mining requires specialized ASICs semiconductor microchips (Application Specific Integrated Circuits).  The latest ASICS are faster, more energy efficient, and consequently more profitable than its predecessors.  Energy prices can contribute as much as 80% of the cost of a mining operation.  It should also be noted that Goldman Sachs and competitors JP Morgan and Fidelity Investments have already announced plans to support cryptocurrency investing for its clients.

Bitcoin Wednesday on 5 December, 2018 will feature presentations about cryptocurrency and sustainable energy.