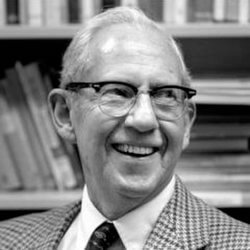 Even while cryptocurrencies and blockchain technology have been fascinating for governments, banks and the media, the predicted resurgence in price and market cap in 2018 still has not come.  The ongoing debate among the world’s policymakers has obviously been a factor.

Should crypto be strictly regulated like money as it is in Japan?  Should ICOs be banned as China has done?  In September 2017 South Korea banned ICOs, but in May 2018 many of its lawmakers have been preparing a bill to legalize them again.  The United States is a patchwork of incongruent policies in different regional jurisdictions, from the most contradictory and draconian in New York and Washington, to the much more tolerant in the state of Wyoming, which seeks to classify all cryptocurrencies as “utility tokens” to possibly exempt them from securities laws. Despite this development, at a national level, the American Securities and Exchange Commission has announced its intention to regulate a large number of ICOs as securities, possibly by the end of 2018.

On 2 June 2018, The Economist published a piece on what it dubbed “the kill-zone”: consumer Internet startups are finding it difficult to raise funding and harder to compete in the face of tech giants like Facebook, Amazon and Google.  It cites statistics showing that the number of first financing rounds for startups have declined by 22% since 2012, and suggests ruthless and non-competitive practices by incumbents as the root cause.  Buried at the end of the article is a paragraph about cryptocurrencies.  The fact that none of these incumbents has made a serious move in the industry may be a big reason for investor enthusiasm in cryptocurrencies.

Nevertheless, Facebook is rumored to be interested in acquiring Coinbase.  The head of its new Blockchain technology group, David Marcus, became a board member of Coinbase at the end of 2017.  The ICO market has tilted toward fewer big sales, more closed, private sales, and more failures.  Without the record $ 1.7 billion raised by Telegram and $ 4 billion by EOS, 2018 is off the pace for ICOs set at the end of 2017.  Facebook has unsurprisingly banned ads for ICOs on its platform.

Is there a link between this “kill zone” and the regulatory climate for cryptocurrency?  The Nobel laureate economist George Stigler was noted for his pioneering work on the economic theory of regulatory capture. In it he describes regulatory capture as the situation that arises when regulatory agencies of the government frequently fail to accomplish their mission of protecting the public. Instead, the incumbents in the industry that is being regulated — in this case banks, big tech and even small fintech companies, often represented by lobbyists and political groups and supported by large political donations —  are able to influence policymakers to gain market advantages over outsiders, especially individuals.

It was another Noel laureate economist with a similar-sounding name, Joseph Stiglitz, who pointed out that deregulation of the financial industry in the late 1990s may have precipitated the financial crisis of 2008.  Subsequent research has uncovered a strong correlation between this regulatory phenomenon and income distribution, i.e. the rich just getting richer.

12 Replies to “Regulatory Capture and Cryptocurrency”