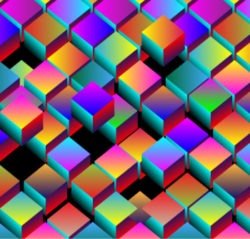 Bitcoin halving is an important event that occurs approximately once every four years.  When it happens, the amount of new bitcoins brought into circulation (through the process known as mining) is reduced by 50%.  For example, the first block of the Bitcoin blockchain, known as the genesis block, released the first 50 bitcoins on 3 January 2002.  Every successive block for the next four years, led to the creation of 50 more bitcoins until the first halving event on 28 November 2012, when the 50 bitcoin reward was cut back to 25.  Four years later, on 9 July 2016, the block reward was halved again from 25 to 12.5 bitcoins.

A new halving event is scheduled to occur after every 210,000 blocks.  This periodic reduction in the amount of new bitcoins generated with each block represents a controlled supply that helps to ensure that there will never be more than 21 million bitcoins in existence.  On 11 May 2020, the Bitcoin block reward decreased from 12.5 to 6.25 coins, the third such halving event ever to have taken place.  At the moment of the reduction there were more than 18 million bitcoins in circulation.

Generally, as experienced with the last two Bitcoin halvings, each reduction in the block reward is followed by a large increase in Bitcoin prices, eventually leading to a new all-time high.  This peak is then followed by a fall in Bitcoin’s value which erases some, but not all, of the previous gain.  This predictable price increase is natural considering the fixed total supply of the cryptocurrency coupled with the 50% lower reward for mining a block of it.  For example, in 2018 Bitcoin prices rose from about $650 to about $20,000 after the halving, only to settle back to around $3,200 for a 400% gain.

What can we say about the price now that the third halving event has occurred?  With only two previous examples to judge by, it is difficult to make an accurate prediction.  Two data points are not sufficient to establish a pattern, especially considering the impact of Covid-19.  Nevertheless, there is a great deal of speculation, and today we observe a wide range of opinions that can be distilled down to the following five popular theories about what will happen post halving:

As the third halving milestone has passed, let us briefly try to understand what these five hypothetical scenarios entail. The first theory is as common as it is old. It speculates that when the rewards for Bitcoin mining are reduced, the activity becomes unprofitable to miners who begin turning off their mining hardware, thereby bringing the entire mining industry to a standstill. This scenario seems highly unlikely as in practice it never plays out. We have already witnessed two halvings, seen prices fall by as much as 80%, and the mining industry has recovered.  We can therefore be fairly certain that this scenario will never come into play.

The second theory proposes that as predicted by Bitcoin’s stock-to-flow ratio, the halving will exert upward pressure on Bitcoin prices. This scenario seems very promising in theory.  However, major questions remain to be answered before we jump on the bandwagon.  The stock-to-flow price model is a statistically derived relationship which shows that throughout its entire history, the price of bitcoin and the stock-to-flow model (the stock-to-flow ratio raised to a fixed exponent and multiplied by a fixed constant) has been more than 95% correlated.

According to this model, Bitcoin prices always move within a fixed band in percentage terms. Every time there’s a halving, the stock-to-flow ratio doubles, meaning that the model price increases as well, with its magnitude determined by the exponent and the multiple. Currently, the model states that the Bitcoin price must hit $100,000 at least once before the end of 2021, or the model will be invalidated. Still, while supply reduction is likely to have a positive impact on Bitcoin’s supply-side, it remains highly questionable to some analysts that the supply reduction could be enough by itself to materially impact the Bitcoin price.

The third scenario revolves around speculations related to the bullish narrative among traders. To study this hypothesis fully, we’d need access to intimate information that many traders would not be likely to share.  Nevertheless, this scenario seems likely as we know that the halving already has a strong impact on Bitcoin supply and demand. It is likely that at least some demand has been added by the halving narrative, but that flipping this demand into supply in and of itself is unlikely to cause a large price decrease.

In the fourth scenario the halving will cause extra selling pressure from Bitcoin miners, driving prices down. This scenario is somewhat likely, and becomes more impactful when combined with the last hypothesis. When faced with prices that are below ROI-breakeven levels, miners are forced to sell not only all of the coins they mine on an ongoing basis, but may also be forced to tap into their balance sheet reserves, causing additional selling pressure.

The fifth and last hypothesis, and one that is most likely, is that halving will have not have a short-term effect on the market. A modest fluctuation of prices from 1%-5% may occur that could be considered routine volatility. As the halving i a very predictable event, miners have already had ample time to adjust to the market.

These five theories are the most commonly held ideas about the third Bitcoin halving.  Only time will tell which of them, if any, will be confirmed by the market, or if we should expect a new narrative to arise.