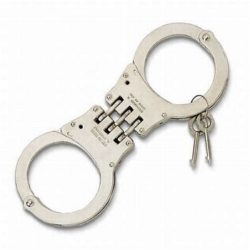 Imagine a world in which all your video game points, your chat messages, social media likes and Kickstarter fundraisers would have to be regulated by financial authorities…

At the end of February 2018, the U.S. Securities and Exchange Commission issued subpoenas to companies and advisers involved in unregistered ICOs. A wave of token sales in 2017 resulted in a $6.5 Billion raised (as reported by the Wall Street Journal) for these new tech projects, an amount that dwarfs all early stage tech funding worldwide.  Of the billions raised through ICOs in 2017, only 20% were for financial applications.  Nevertheless, in early February SEC chief Jay Clayton said, “I believe every ICO I’ve seen is a security. …we should regulate them like we regulate securities offerings. End of story.”  He also stated his intention to investigate parties who would “capitalize on the perceived promise” that a token’s value would increase.

Previous warnings from governments around the world, including restrictions from China, seem to have done little to slow down the wave of new token sales.  ICOs in the first two months of 2018 have already raised $1.6 Billion. Smaller jurisdictions like Switzerland and Singapore have attracted a lion’s share of new offerings, and even some U.S. states like Wyoming and Arizona are aiming to make themselves friendlier to cryptocurrencies. Wyoming legislature in particular unanimously passed a law giving token sales automatic exemptions from the state’s securities regulations under certain conditions.

For those that dismiss the significance of Switzerland’s or Singapore’s position in this new industry, a look at Bloomberg’s 2018 Innovation Index is illuminating.  Both Switzerland and Singapore are among the top 5 most innovative countries in the world, while the U.S. (11) and The Netherlands (16) don’t even crack the top 10.  For the U.S. this fact is unsurprising considering its president’s focus on traditional industries like real estate, coal and steel.  For The Netherlands, which is now ranked behind ten other countries in Europe, including its neighbors, Belgium, Denmark, Germany and Sweden, maybe it will be a wake up call.  The UK, which was once at the vanguard of sensible cryptocurrency regulations, sits at number 17.

At Bitcoin Wednesday on 7 March, 2018, here to discuss the latest trends in international securities laws related to token sales is Julian Zegelman, securities lawyer from the U.S.-based firm of Velton Zegelman PC who focuses his practice on cryptocurrency regulations.  He has advised a number of successful cryptocurrency crowd sales, and will be able to tell us about what to expect from the SEC and other governments.  The fact that the SEC has started taking action against non-financial utility tokens will of course be a windfall for securities lawyers like Mr. Zegelman. To avoid SEC penalties and legal proceedings, some lawyers are recommending that utility token issuers apply to the SEC for an exemption, even if it needs to be done retroactively via a so-called Rescission Offer.

Those who have been observing these developments the longest will note that the technology itself has already raced far ahead of most regulations.  For example, there are already decentralized exchanges, takedown resistant services where cryptocurrencies can be distributed, including new, unregistered ones.  Also appearing at Bitcoin Wednesday on 7 March, 2018, Alexey Kofman, lead developer of the Waves Platform will talk about one of these decentralized exchanges.

In order to carry out its mission to educate and raise awareness about the technology, and especially its non-financial applications, Bitcoin Wednesday aims to explore all sides of the ongoing debate, and neither endorses nor curates any of the projects represented during its program.