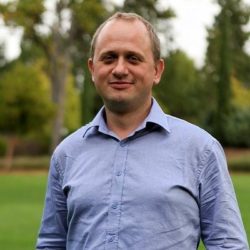 On 6 September, 2017 Bitcoin Wednesday is proud to present a blockchain talk by one of Golem’s senior software engineers, Grzegorz Borowik.  Billed as a decentralized AirBnB for computers, Golem raised about $8.6 million in less than 30 minutes in the crowd sale they held at the end of 2016.

Insiders who have followed the project closely admire their mission to create a sharing economy of computer power.  Users around the world will be able to buy and sell processing power from personal laptops to entire data centers through a decentralized network — the Golem supercomputer — that anyone can access.

By now it might seem obvious, especially to Bitcoin enthusiasts, but it’s worth emphasizing the exceptionality of Blockchain technology.  For the first time in human history it allows one Internet user to transfer a unique piece of digital property to another.  The transfer is guaranteed to be safe and secure.  These kinds of transactions can be replicated over and over, in a way that everyone knows that the transfers have taken place, but nobody can reverse them. That’s what enabled Bitcoin and made it so popular.

However, the importance of blockchain technology goes far beyond cryptocurrencies.  The Ethereum blockchain, for example, supports running the programming code of decentralized applications.  And once this code has been executed on Ethereum, the operations are undeniable and considered irreversible.  This process allows users to conduct transactions and execute agreements between one another without a central authority in such a way that the data exchanged can represent tokens or even money in some cases.  Going further, this technology allows us to engage in many new kinds of peer-to-peer activities.  That premise is what brought Golem to life.

Let us focus on how computations are conducted nowadays. We use data centers, personal computers, cloud, GPUs, and FPGAs. These platforms are not fully compatible with one another, which causes problems and forces developers to write specialized software.  Another challenge is that our computers are like cars — 90% of the time they wait in parking lots, a fact that applies to nearly all computers, not only laptops and PCs.

Golem offers new technology in a coherent way, with a unifying platform that brings systems together. This disruptive technology allows to build powerful networks on demand and delegate personal computations. So everybody can join the Golem network by providing the computational power and at the same time exchange it for a certain value.

In my presentation I will talk about our recent developments, our plans for the near future and some of the ways we think the decentralized world might benefit from cooperation between projects such as Golem and Streamr.

Grzegorz has a Ph.D. in Computer Engineering and draws from more than 15 years experience as a scientist and professor focused mainly on Machine Learning and Big Data algorithms.  His research interests include Computational Intelligence, Deep Learning, Optimization Techniques, Numerical Algorithms, IoT, and Cybersecurity.  He has worked at the crossroads between advanced technology and business innovation since 2012.

In 2015 he was nominated by the Polish Ministry of Science and Higher Education to the “TOP 500 Innovators” Program at UC Berkeley in the United States.  In 2016 he was a postdoctoral researcher at the Knowledge Engineering and Discovery Research Institute at Auckland University of Technology in New Zealand, where he worked on advanced problems of neuroscience.  He currently holds a Senior Software Engineer position in the R&D team at Golem, the global, open sourced, and decentralized supercomputer. 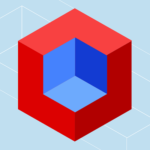 Grzegorz Borowik is a senior software engineer in the R&D team at Golem, the global, open sourced and decentralized supercomputer. He was previously a postdoctoral researcher at the Knowledge Engineering and Discovery Research Institute, Auckland University of Technology in New Zealand, where he carried out advanced problems of neuroscience. His research interests include Computational Intelligence, Deep Learning Algorithms, Optimization Techniques, Numerical Algorithms, IoT, and Cybersecurity.