During Bitcoin Wednesday on 5 December, 2018 Grin council member Jasper van der Maarel will give an introduction to the MimbleWimble protocol and the anonymous-by-default cryptocurrency Grin upon which it is based.  Insiders have been talking about MimbleWimble since the summer of 2016.  It has taken two separate groups of developers more than two years, but by the beginning of 2019, Grin and a second implementation called Beam finally appear to be ready for their official, main network release.  The Grin network is scheduled to go live on 15 January, 2019.

Similar to Bitcoin, the MimbleWimble concept has a mysterious origin.  On 2 August, 2016 a paper authored under the pseudonym Tom Elvis Jedusor was submitted anonymously to a Bitcoin IRC channel called Bitcoin-wizards.  It described a completely new blockchain design called MimbleWimble that could theoretically increase scalability, fungibility and privacy.  Fans of Harry Potter will recognize MimbleWimble as the tongue-tying spell used in the J.K. Rowling fantasy novels.  Tom Elvis Jedusor turns out to be an anagram of Je suis Voldemort, a reference that will be familiar to French readers of the Potter books.

The Harry Potter references didn’t stop there.  The ideas described in the MimbleWimble paper were first committed to software by a developer working under the screen name Ignotus Peverell, after a J.K. Rowling character who used a cloak of invisibility.  The developer called this first implementation Grin after a magical bank in Rowling’s stories or possibly in reference to the smile left behind by the disappearing Cheshire cat in Alice’s Adventures in Wonderland, which itself may be an allusion to pure mathematics.  Grin is open source and community driven.  Aiming to be as decentralized as possible, Grin plans no ICO, no pre-mined tokens and no founder’s reward.

Jasper’s presentation will be an introduction to Mimblewimble and the Grin implementation.  He will cover MimbleWimble’s history and fundamental principles, and then discuss Grin, including its specific features, improvements and future prospects.  His talk will conclude with how to become involved in the project, whether you are a developer, miner or a new Grin user.

Jasper van der Maarel is a Grin council member based in The Netherlands.  He is the developer behind the first atomic swaps between Grin and the Bitcoin and Ethereum test nets.  He has a Master’s degree in physics from the University of Utrecht and is currently finishing his PhD.  His work on subatomic physics with its heavy reliance on mathematics has helped him make technical contributions to Grin. 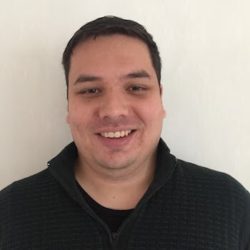