During Bitcoin Wednesday’s CoinFest Edition on 3 April, 2019, Security Researcher Mustafa Al-Bassam from University College London will present a new proof system to guarantee that blockchain data is available and valid.  The system is a key to enabling on-chain scaling of blockchains (e.g. via sharding or bigger blocks).

Light clients, for example, wallets that depend on Simple Payment Verification (SPV), are nodes that only download a small amount of data from a blockchain.  They indirectly verify that a given blockchain is valid.  Instead of validating block data themselves, they assume that the chain favored by the blockchain’s consensus algorithm only contains valid blocks and count on the majority of block producers being honest.

During his talk at Bitcoin Wednesday Mustafa will present, implement and evaluate a new proof system that eliminates this honest majority assumption.  The system allows SPV clients to receive fraud proofs generated by fully validating nodes that can show when a block violates protocol rules.  When this technique is combined with probabilistic sampling that verifies that all data in a block is available for download, we can substitute the honest majority assumption with weaker assumptions about the minimum number of honest nodes that rebroadcast data.

Mustafa co-founded the sharded blockchain startup ChainSpace in 2018, which was acquired by Facebook in 2019.  He is a Security Researcher working on his PhD at the Information Security Research Group of the Department of Computer Science at University College London. His work focuses on the intersection between peer-to-peer systems, distributed ledgers and information security. 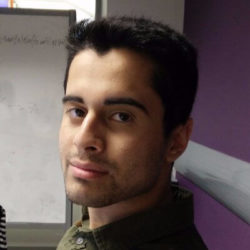