Peter Koop, The Journalist and Historian

During Bitcoin Wednesday on 1 November, 2017, journalist Peter Koop will participate in a discussion on the subject of the surveillance state in The Netherlands in general, and the new Dutch Intelligence and Security Services Act in particular.  Starting on 1 January 2018, Dutch intelligence services will begin to operate a large-scale dragnet designed to intercept and listen in on the communications of its citizens.  Through this new Dutch Intelligence and Security Services Act 34 588, also known as the Sleepwet:

In protest against the law in its present form, a group of five students proposed a national referendum on the Sleepwet which, with more than 400,000 signatures, successfully reached the necessary threshold of 300,000 before the deadline of 16 October 2017.

Peter Koop studied law and as a historian has researched a wide range of topics, including a lifelong interest in signals intelligence and communications security. He has written for the weblog Electrospaces.net since 2012. He is one of the few people in the world who has systematically and critically studied the documents from the Snowden revelations and the press coverage they received. From this background he also writes about the new Dutch Intelligence and Security Services Act. 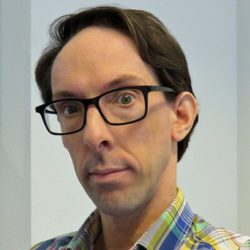