During Bitcoin Wednesday on 6 February, 2019, Sameer Ismail Chief Compliance Officer of Luno will give an overview of cryptocurrency regulations around the world.  Luno is a cryptocurrency exchange for buying and selling Bitcoin and Ethereum that also offers a web-based wallet.

In his talk Sameer will summarize the key regulatory differences in the EU, and latest developments which may cause them to change or become more unified over time.  His presentation will detail current regulations and include notable comparisons with jurisdictions outside of the EU.  It will also cover the licensing system proposed by Dutch authorities in connection with the proposed implementation of the EU’s 4th Anti-Money Laundering Directive, the potential influence of Brexit, worsening economic conditions in the eurozone and the increasing popularity of anonymous-by-default cryptocurrencies like Monero, Grin and Beam.

Sameer serves as Luno’s Chief Compliance Officer where he is responsible for regulatory compliance and financial crime.  He brings a decade’s worth of experience in risk and compliance across banking, merchant acquiring, payments and blockchain-based systems at organizations such as Lloyd’s Bank, WorldPay, Google Payments and Coinify.  He has interacted with regulators and policy makers in the U.S., Europe and the Middle East throughout his career.

Luno was founded in London in 2013 by Timothy Stranex, a South African software engineer who previously worked for Google in Switzerland.  The company submitted itself to UK regulatory supervision by the Financial Conduct Athority in 2016 and raised $ 9 million the following year.  At the beginning of 2018, Luno announced that it had served more than 2,000,000 consumers and had processed more than $ 5 billion in transactions. 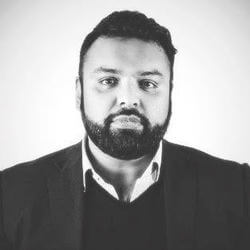