Can Cryptocurrencies Be Part of the Coming Monetary Reset?

Willem Middelkoop, author of the bestselling The Big Reset, will present his views on cryptocurrencies at Bitcoin Wednesday on 3 October, 2018.  During this talk he will explore decentralized cryptocurrencies in relation to the international monetary system and especially from the perspective of the Central Banks.

Willem is an outspoken critic of the future of the U.S. dollar as the world’s reserve currency.  In the early 2000s he was a regular commentator on the financial markets on Dutch television and was consistently pessimistic about fiat currency and investments in the financial industry.  At the end of 2008 he gave up his journalistic work and launched the Commodity Discovery Fund, licensed by the Dutch Authority for Financial Markets.  The fund is one of a few in the world that are focused on investing in discoveries of natural resources like gold, silver, uranium, nickel and rare earth elements. At the same time he also founded a web shop for gold and silver bullion called Amsterdam Gold which had annual sales of over 100 million euro before he sold it in 2011.

In addition, Willem is a member of the Advisory Board of the Official Monetary and Financial Institutions Forum, a London-based monetary and economic think tank, as well as a founding shareholder of the Startupbootcamp Amsterdam, an accelerator program for startups.  He has written many books about the economy and the history of the financial markets.  His books have been translated into 9 languages, included Mandarin Chinese.  He owns a few bitcoins, after losing a wallet a few years ago. 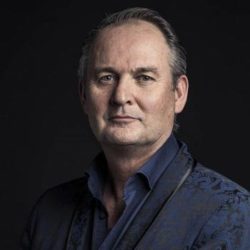