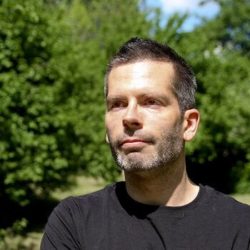 ICOs introduced the world to a new way of gathering initial capital for decentralized startups. The most notable feature of an ICO has been its potential to reach out directly to the masses to collect funds. However, in the past few years, the rules of ICO have gone stricter, and today, it takes much more than just a value proposition for an ICO to become successful.

During Bitcoin Wednesday on 6 December 2017, CEO of Cofound.it, Jan Isakovic presented his distributed venture capital ecosystem, which provides advisory services to handpicked startups, to guide them in achieving their crowdfunding goals. He also explained why he thinks startups need expert advice to have a successful ICO round.

“We did split the evolution of ICOs in two phases. The first phase was when altcoins other than Bitcoin started appearing in the blockchain space, such as Ethereum, etc. This phase ended with the DAO, an interesting thing about which was it proved that the emerging distributed economy is looking for startups with ideas and is ready to fund them. The DAO, all of a sudden, ended the (idea of) a dependency of blockchain startups on venture capital for funding. During the second stage, we saw that projects that started with strong understanding of crypto, had strong visions. But then everything about the crowd sale mechanism was built around the core supporters, which were hardcore crypto-community supporters. The third phase is today when none of the previous concepts work in an ICO. Some projects try but the ICO space has moved on. So we are now at a stage where even the projects with amazing teams and advisers that raise a bunch of fans in the pre-sale just can’t make a difference in the crowd sale”.

“At present, Cofound.it is focused on evaluation, selection, and legal incorporation, where we are actually crowd sourcing the evaluation and selection. So we have launched a community evaluation program where our users can apply to become evaluators. We will be selecting up to 50 members in charge of evaluation, and we are paying in Cofound.it tokens for each good evaluation”.