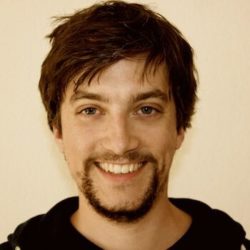 Although blockchain technology has advanced considerably since Bitcoin was launched in 2009, scalability continues to be one of its biggest challenges.  Using central servers to stretch the limits is not possible, since it removes the critical feature of decentralization from that particular blockchain.

During the 54th Bitcoin Wednesday conference held on 6 December 2017, Philipp Jovanovich, a cryptographer with expertise in scalability, demonstrated Omniledger, which addresses blockchain scalability. According to Philipp, OmniLedger is one of the first scale-out distributed ledgers in the world, which means its throughput changes in direct proportion with the number of users or ‘validators’. This approach allows the solution to process transactions with speed and latency equivalent to those of centralized payment services such as Visa and MasterCard. Furthermore, it is permissionless, secure, and decentralized.

The consensus algorithm in Bitcoin has several drawbacks among which, the most prominent ones are high latency, low throughput and high power consumption in mining centers. OmniLedger doesn’t have these issues. Since the very beginning, we set three design goals for ourselves: security, robustness and secure transactions.

We wanted to achieve scale-out performance, which means the throughput increases linearly with the number of validators. So, the more hardware we add to system, [the more] throughput goes up. We also want to achieve low storage [requirements], so that the validators do not have to maintain the entire transaction history, and only have to store certain checkpoints in the shard to be able to process transactions. We also focused on low-latency transactions, which means we want a confirmation from the payee within a few seconds.