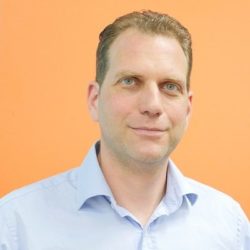 During this presentation given at Bitcoin Wednesday on 4 October 2017, Rockchain CEO Sébastien Jehan explained how data can be stored privately on a public blockchain with Ethereum smart contracts logic. In addition, he discussed data privacy, the technology behind Rockchain and the company’s upcoming ICO.

There are companies that are interested in operating on public blockchains, but are skeptical because they need data to remain local even if it is encrypted. They would not put this data on a distributed network because they want it to be secure. I would say partially secure because they can have a cursor between privacy and public data. Also, they want to have complete information on who accesses their data, which is kind of difficult with current public blockchains.  With Rockchain, we think we can create some ruless extending the smart contract logic to be able to handle private data for these companies”.