Anonymity on the Bitcoin Network

One of the most often misreported statements about Bitcoin since it was launched in 2009 is about its supposed anonymity.  In contrast to cryptocurrencies like Zcoin, Zcash, Monero and Dash, Bitcoin is not anonymous.  Its full transaction history is completely transparent.  All of that data leaves a treasure trove of data for law enforcement, and could be especially valuable in situations where financial accountability is needed like, say for institutions such as government agencies or banks. For individual use, financial privacy is vital.

For Bitcoin Wednesday’s 5-Year Anniversary Edition on 4-5 July, 2018, security and privacy expert Harry Halpin of NextLeap will talk about anonymity solutions for Bitcoin that he believes also may need to be applied to more anonymous technologies like Mimble Wimble, Monero and Zcash.  He writes:

On the Bitcoin network, P2P broadcast reveals important metadata, such as the IP address and timing data. Using statistical correlation attacks, this metadata can easily de-anonymize users. In fact, the NSA already uses such attacks, and Snowden revelations have shown that such attacks may have been used to catch Ross Ulbricht of the Silkroad.
Furthermore, techniques like Dandelion or even Tor do not defend against such global adversaries like the NSA, and these attacks on metadata can de-anonymize blockchain anonymity solutions like Mimble Wimble, Monero, and Zcash. Luckily the cypherpunks invented a powerful technology called mix networking (not to be confused with Bitcoin mixing) for anonymous email in the 1990s, and we will show how mixnets can defeat even adversaries like the NSA who want to spy on your Bitcoin transactions.

Harry Halpin is a research scientist at Inria in Paris, where he works on secure messaging via the NEXTLEAP project and mixnets via the PANORAMIX project. He is also a visiting researcher at MIT.  He chaired the first IEEE Security and Privacy on the Blockchain workshop and advises blockchain companies like Quantstamp. He previously led the development of the WebCrypto API at W3C and quit over backing of DRM. 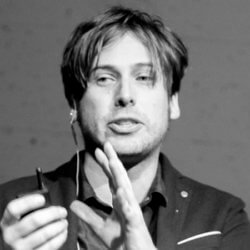