For Bitcoin Wednesday’s 6-year anniversary edition on 3 July 2019, we’ll return to the anonymous cryptocurrency, Grin with a special appearance by Ivan Sorokin, one of its developers.  Ivan will demonstrate his Ironbelly mobile wallet which runs on IOS and Android, one of the first in the Grin ecosystem.  He will also give an overview of the progress Grin has made in the previous six months since it was launched.

Grin rose from obscurity as the first implementation of the MimbleWimble protocol to a price of roughly $5 with a market cap of more than $65 million as of June 2019.  The protocol was first mentioned at Bitcoin Wednesday by Andreas Antonopoulos back in 2016 and was later presented by Grin council member Jasper van der Maarel on 5 December 2019.  It was named after the tongue-tying spell used in the Harry Potter fantasy novels, and the Grin community continues to pay allegiance to it by sprinkling its terminology with J.K. Rowling references.  For example, in the Potter books, an Ironbelly is the name of the mythical Ukrainian dragon that guards the deepest vaults at the wizard’s bank.

Ivan is a Ukrainian software engineer at the Berlin-based cypherpunk cooperative, Cycle42, where he works on Ironbelly and Knockturn Allee, a Grin payment processor.  He also writes software for OptioPay, a fiat-based payment platform, and previously earned a degree in physics from Kiev’s Taras Shevchenko National University.  He is the very first recipient of a Binance Fellowship. 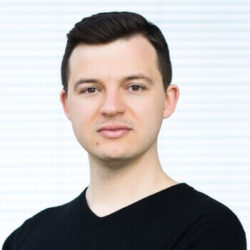