During Bitcoin Wednesday’s 5-Year Anniversary, Director of Dutch investment fund, CryptoCrunch, will explain what transformations blockchain and distributed ledger technology will bring to different markets.  From his experience in running CryptoCrunch, one of the first investment funds in The Netherlands to be fully focussed on this sector, he will talk about which of these developments he believes to be the most interesting from an investor’s perspective.  And because this conference is the 5-year anniversary of Bitcoin Wednesday, he will examine what has changed over the past 5 years of investing in this industry.

Jochem is an engineer with a knack for marketing. He has had extensive experience in the corporate world and has been an entrepreneur in a broad range of industries. He is currently one of the directors at CryptoCrunch, where he concentrates on investments in digital currency-related projects. Before launching CryptoCrunch, he was co-founder of a mobile provider and later a startup in autonomous drones. 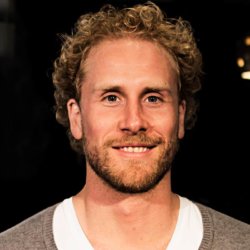