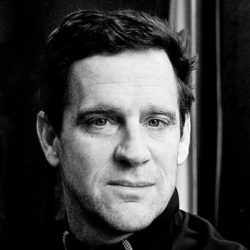 Paul Madsen, Technical Architect of Swirlds, will introduce its upcoming Hedera Hashgraph network at Bitcoin Wednesday on 2 May, 2018.  The company raised $18 million in a private presale in January 2018 and includes the Digital Currency Group among its investors.

Hashgraph is touted by some as an example of Decentralized Network 3.0, a next generation solution that extends the consensus mechanism beyond blockchain technology.  It is a unique distributed ledger protocol capable of more than 100,000 transactions per second, considerably faster than its blockchain-based competitors. Since it does not rely on proof-of-work calculations to achieve consensus, it also uses much less energy, and processes transactions in the order that they are made.  The Hashgraph consensus algorithm is a form of Directed Acyclic Graph or DAG with some similarities to IOTA and Byteball and does not rely on mining.

The Hashgraph platform can support decentralized applications written in Solidity, just as in Ethereum.  However, unlike Ethereum, the creators of Hashgraph have patented the underlying technology in order to prevent it from forking into competing networks.  The platform also aims for more distributed governance than its competitors through a council of up to 39 organizations instead of a single foundation in which a potentially smaller group can make all the decisions.  Swirlds has said that each of the organizations on the council would own 2.6% of Hedera Hashgraph, although it has not yet announced any of the members.  It has also said that this governance model is designed to provide a platform for a transparent and stable native cryptocurrency.  Swirlds receives a 10% licensing fee from Hashgraph’s revenue. Of potential interest to regulators is an optional mechanism in Hashgraph’s technical framework to bind a verified identity to a user’s wallet.

What makes it fast and fair, Byzantine Fault Tolerant and DDoS resilient;

How it is different from blockchain-based consensus and even from other DAGs; and

What Hashgraph technical extensions are needed for deploying it in an open, permissionless model that includes proof of stake, sharding and participant incentives.

Paul Madsen is a technical architect at Swirlds. He has served various design, chairing, editing and educational roles for a number of identity standards, including OASIS SAML, OAuth 2.0 and the FIDO Alliance. He holds a M.S. in Applied Mathematics and a Ph.D. in Theoretical Physics from Carleton University and the University of Western Ontario, respectively. 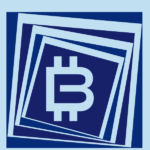 Paul Madsen is Technical Architect for Swirlds, the company that develops Hedera Hashgraph. It has been called an example of Decentralized Network 3.0, a next generation solution that extends the consensus mechanism beyond blockchain technology. Before working for Swirlds, Paul was an digital identity specialist who worked on a number of identity standards, including OASIS SAML, OAuth 2.0 and the FIDO Alliance.