For its 5-year anniversary conference on 4-5 July, 2018, Bitcoin Wednesday is proud to present Phil Zimmermann, the creator of PGP, a veteran of the Cryptowars and pioneer of the cypherpunk movement, which is a forerunner of the digital currency revolution.

In the U.S. in the early 1990s, the export of strong cryptographic systems required a license and was subject to arms trafficking controls.  The only encryption that was unrestricted at the time was so weak it could be broken with a single personal computer in just a few days.  Concerned that the American government would soon require service providers to turn over its users’ communications, Phil developed the free software known as Pretty Good Privacy, or PGP, so that individuals could encrypt the contents of their own messages, texts and files.

Soon after the program’s release Phil became the target of a three-year criminal investigation (that was later dropped) for allegedly making PGP available overseas.  He had challenged the export ban by publishing PGP’s source code in a book widely distributed by MIT Press, then claiming constitutional protection that would establish the source code for cryptographic software as freedom of speech.  In two separate but similar cases, U.S. courts have since ruled that software source code is speech protected by the First Amendment of the U.S. Constitution.

PGP quickly became the world’s most popular email-encryption software and one of the world’s first examples of public key encryption to gain any kind of widespread adoption.  It was notably used by Edward Snowden to secretly transfer classified documents from the NSA to journalist Glenn Greenwald in 2012.

The summer of 2018 brings us to a similar crossroads with digital currencies:  Now that users have incentives, especially financial ones, for managing private keys, the use of public key encryption has skyrocketed.  With the growth of investment in the sector and subsequent increase in application development, the race is on to develop strong and decentralized cryptographic software that is friendlier and easier for anyone to use.  Even if you have never heard of PGP, it is likely that you have already benefited from Phil’s work.

Aside from being the creator of PGP, Phil Zimmermann is an authority on VoIP encryption.  His company PGP, Inc. was acquired by Network Associates, PGP Corp. and Symantec. He is currently Chief Scientist at the communications firm, Silent Circle, and occasionally teaches cryptography at Delft University of Technology in The Netherlands.  He has been inducted into the Internet Hall of Fame and was named one of the top 50 tech visionairies of the last 50 years by PC World, in addition to winning scores of other awards.

Phil was born in Camden, New Jersey, a town with one of the highest crime and poverty rates in the U.S., where his father was the driver of a cement truck.  In the years before Phil created PGP, he worked as a military policy analyst for the Nuclear Weapons Freeze Campaign, which lobbied against the buildup of nuclear arms. 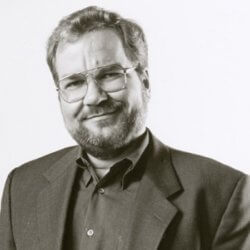