For the 2018 CoinFest edition of Bitcoin Wednesday on 4 April, 2018, Symbioses CFO Shawn Capper will give a demo and talk about the business case for decentralized computing based on blockchain technology. Symbioses presents itself as a marriage between decentralized storage, cloud and IOT all in one. It introduces an application for any device, PC, tablet, smart TV or smartphone, that runs in the background and allows you to earn cryptocurrencies in exchange for your unused computing resources.

The Symbioses solution aims to tokenize and unify computing power and storage from devices all over the world collected in a single, secure computing network and controlled through a simple interface.  Since the cloud computing industry today is dominated by a small number of large, centralized providers like Google and Amazon, blockchain-based competitors hold out the promise of completely disrupting the way these services will be delivered and consumed.

The Symbioses ICO is coming just as traditional cloud storage company Dropbox launched its IPO on NASDAQ with an initial market cap of about $10 billion, making it the largest tech IPO since Snapchat last year.  It took Dropbox more than a decade to get to this stage.  By contrast, the current trend of cryptocurrency and blockchain-based startups suggests that the next generation of decentralized services might grow even larger and much more quickly.  The market for cloud computing and storage is expected to grow from $300 to more than $400 billion over the next two years alone.

Shawn Capper is a veteran of the financial industry, and no stranger to disruption.  He served as a Vice President Portfolio Manager at Lehman Brothers between 2006 and 2008, up until it went bankrupt during the financial crisis.  Before that experience he held similar roles for JP Morgan Chase and U.S. Trust. 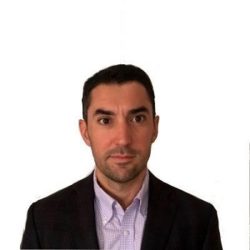