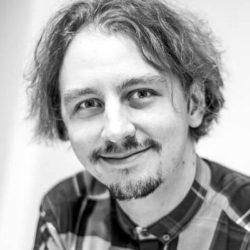 Henri Pihkala, founder of Streamr, returned to Bitcoin Wednesday on 6 September 2017 for an update on his decentralized real-time data streaming project.  He was joined by the project’s COO, Risto Karjalainen and one of the senior software engineers at Golem, Grzegorz Borowik, in the program.  Streamr raised more than $30 million in their crowd sale at the end of 2017.

Henri explained the milestones that Streamr achieved in the two months since he had been here on 5 July, 2017, including: the DATAcoin token launch, the official collaboration with decentralized supercomputer Golem, and the release of a data analytics engine.  He also shed light on potential of better application stacks coming up with more alliances in future.