On 4 September, 2019, we welcome Cosmos back to Bitcoin Wednesday after a long hiatus.  A lot has happened since Cosmos founder Jae Kwon spoke about blockchain interoperability back in November 2016.  Since then, Cosmos raised $16.8 million in 4 minutes and 42 seconds in its crowd sale in 2017, and its mainnet launched on 14 March 2019.  As of August 2019, it represents a market cap of more than $488 million.

Research scientist Sunny Aggarwal joined the team in 2017.  His areas of focus are distributed fault-tolerant system design and, specifically, Proof of Stake and Blockchain Interoperability.  At Bitcoin Wednesday he will present the Interchain, a vision for how the blockchain ecosystem works together, Cosmos’ role in it, and the essential tools that his team is building to make Interchain a reality.

Sunny is an active spokesman for Cosmos.  He is a co-host of the Epicenter cryptocurrency podcast, and co-founder and advisor of the Blockchain at Berkeley group that organizes white paper readings and builds blockchain proof-of-concepts.  He is also the founder of Sikka, a blockchain infrastructure startup that participates in decentralized protocols and networks, including proof of stake validators, full nodes, interchain relayers and lightning hubs.  It currently operates one of the 5 largest validators on the Cosmos Hub.

He was previously an Ethereum developer at Consensys, where he helped design a developers’ training course for the Consensys Academy.  He was also briefly enrolled at Berkeley and founded the California Pirate Party.  He was initially drawn to the industry as a way to explore the convergence of technology with social sciences. 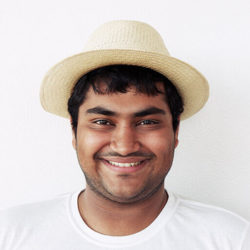