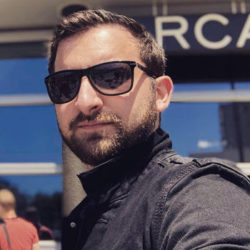 For Bitcoin Wednesday on 6 March, 2019 Bitcoin Gold Co-Founder and Lead Developer Martin Kuvandzhiev gave us a fascinating look behind the scenes at the industry’s largest 51% attack. In 2018 Bitcoin Gold lost $18 Million when a hacker took control of more than half of the network’s mining power.

You can read Martin’s profile, watch his interview where he talks about their interaction with NiceHash and Bittrex after the attack, and check out the complete agenda of the conference, Blockchain Use Cases: Enterprise Edition.