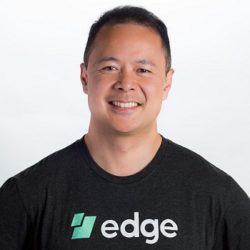 Two hard forks of the Bitcoin blockchain happened in August and October 2017, creating Bitcoin Cash and Bitcoin Gold respectively.  The general public and even many Bitcoin users were left puzzled about the risks involved and whether such events could be beneficial. To answer these questions about forking, Paul Puey, CEO of Edge, spoke during the Bitcoin Wednesday conference on 6 June, 2018. During his talk, he covered the pros and cons of cryptocurrency forks and explained what users can do about a fork in order to better safeguard their digital money or assets.

In the video, Paul says:

The term “Fork” came about from software development, and in the world of software development, we fork code by simply copying the code. You are just copying the work. But that is actually well accepted in the open-source world. In the case of cryptocurrencies, there are concepts of soft forks and hard forks. The significance of a hard fork can be understood by how it softens the rules that a cryptocurrency follows to validate transactions and other aspects of how it functions.