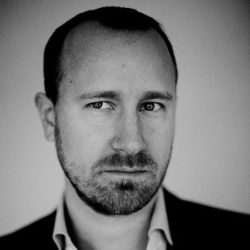 National and international security expert Teun van Dongen appeared at Bitcoin Wednesday conference on 7 February 2018 to speak on the role of digital surveillance in the prevention of terrorism attacks in The Netherlands.

If you look at the terrorist attacks that have been committed in Western Europe mostly in the last couple of years, it is difficult to escape the impression that the problem is not so much the collection of intelligence, but is more in the steps that follow. Are we aware that Salah Abdeslam, whose trial started the day before yesterday, was held on the night of the Paris attacks in November for 40 minutes at the French-Belgium border, but they had to let him go because the Belgians had failed to find his name and his data in the database, which would have allowed the French police to see that he is a terrorist and they [would] have to hold him.

The Netherlands will hold a national referendum on the Sleepwet, the bulk surveillance legislation, on 21 March, 2018.