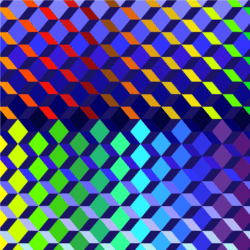 Watch the highlights from Bitcoin Wednesday’s first conference on Decentralized Identity in just a few minutes. This event was held in Amsterdam’s Volkshotel, the former headquarters of the Volkskrant newspaper, on 7 November, 2018.  Take a look at this overview of the conference program.

All of the speakers from this conference appear in the video.

Identity makes us human. To prove to someone else who I am and what characteristics I carry is essential in almost every interaction we have. In our now global and very decentralized world it is more and more the case that we need to prove to third parties with whom I have never interacted before, who I am and what kind of properties and trustworthiness I carry in certain relations.

What are the pillars of this blockchain city that you are trying to build? And his answer was “Identity.” So that was one of the first things and their way of creating identity is quite interesting, so basically it’s a combination of your password and the biometric system that they are using which is your veins. They are using the veins in your arms to basically register and hash everything to create this identity.

The world economic forum says that in 10 years time 10% of the world’s GDP will be stored on the blockchain.

We will start getting into the realm of treating video infrastructure as a true commons, as something that can truly be shared as a commodity for everyone who is connected to the Internet, not dissimilar to everyone sharing the roads that they drive on or sharing the air that they breathe.

It’s only here around 2015 that we begin to see a bunch of overpaid technology officers at large financial organizations waking up to this some six years after it’s been launched.  It’s kind of funny. You’re only paid half a million a year and you finally get it. Bitcoin, Bitcoin, hey that might have something to do with a bank. Well done.

Orfeas Litos, University of Edinburgh, creator of the Trust is Risk Bitcoin wallet:

Every time you receive coins you trust a huge system that assumes the next person will accept your money.  In my opinion this is somewhat philosophical.  If you want to have any kind of money you have to have some kind of trust between people.  I think this kind of trust is safer for the first part because you trust only your friends and you don’t trust a vague entity that is called the Central Bank or whatever and, secondly, it’s certainly more decentralized and more self organizing. People are directly incentivized to cooperate and act well because if they do not they will directly lose their trust.  Whereas a system like the Central Bank does not have the same incentives as you, and so they may have all the incentives in the world to try to cheat you.