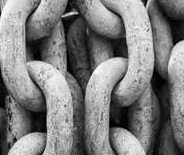 The week leading up to the Bitcoin Wednesday conference on 4 November, 2015 will go down as a particularly memorable one:

The Economist article is arguably as good a general introduction to Bitcoin in the mainstream press as we’ve ever seen, especially because of these two sentences:

Drawing up regulations for blockchains at this early stage would be a mistake: the history of peer-to-peer technology suggests that it is likely to be several years before the technology’s full potential becomes clear. In the meantime regulators should stay their hands, or find ways to accommodate new approaches within existing frameworks, rather than risk stifling a fast-evolving idea with overly prescriptive rules.

The Economist itself, a centrist publication founded in 1843, 50% owned by the powerful Rothschild and Agnelli families, is well read and highly respected by many of the world’s most influential senior executives and policy makers.

The world is embarking on a radical transformation unlike any we’ve seen since the commercialization of the Internet in the early 90s.  Because all of us will be living in this future, it’s imperative to dedicate as much time and attention we can spare to understanding the digital currency revolution and its potential impact on society.  We cannot hope to regulate what we hardly understand.

This coming Wednesday, 4 November 2015, there will be two presentations from the legal side of the digital currency revolution: